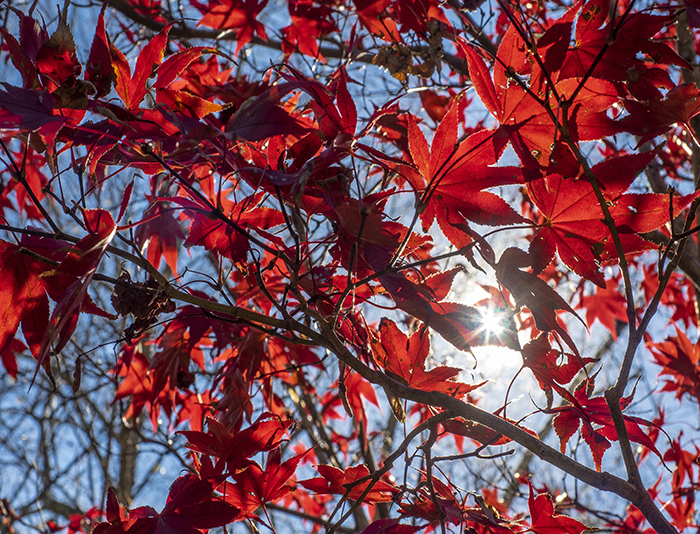 Fall in the North Carolina Piedmont has a knack for seizing all of our senses, from crickets chirping to mark the waning days, to the early morning chill of frosty lawns and windowsills. But a walk through the woods or even a single glance out the window marks the most dramatic shift of all in the trees themselves. Over a few short weeks, the varied greens of spring and summer transform into a wider palette of vibrant reds, yellows browns, before the leaves descend to earth and reveal the intricate architecture of the exposed canopy. 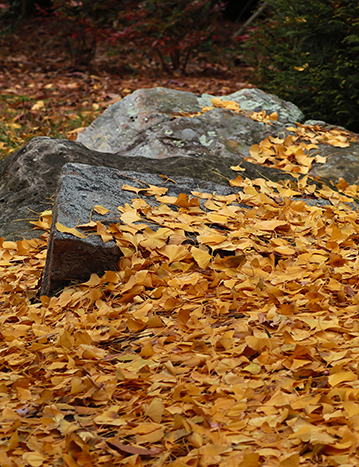 Although spectacular autumn foliage is an iconic symbol of the season, it is far from a universal experience across the globe. From the open ocean to vast deserts, from sweeping mountain ranges to the glaciers of Antarctica, many places on Earth are devoid of trees entirely. Even those areas where trees are abundant, such as tropical rainforests and boreal forests, don’t undergo such sweeping shifts. Only in temperate regions dominated by deciduous trees—such as the eastern half of North America and large swathes of China, Korea and Japan—will dramatic colors dominate the fall landscape.

Multiple factors are responsible for this annual display. Each individual leaf functions like a miniature solar panel, with green chlorophyll using energy from the sun to produce sugars for growth and maintenance. However, when cued by cooler temperatures and shorter days, the chlorophyll gradually breaks down, revealing a riot of yellow and orange pigments—carotenoids— previously concealed by the chlorophyll. Sugars trapped in the leaves can also produce bright red pigments known as anthocyanins, which are responsible for the striking scarlet of many maples, oaks, dogwoods and other species. As the tree drains the last nutrients from the leaves, a protective seal forms between each leaf and its parent branch, ultimately forcing the leaf to flutter to the ground.

One other factor that can make or break a season is the weather, with the most vivid colors occurring in dry, sunny and cool areas. Excess moisture, warmth and dampness result in more muted tones, and strong winds and rains can rip dying leaves away prematurely. Summer drought or other stress can force a tree to drop its leaves earlier in the year, thus hindering any subsequent displays. Long-term climate change will also impact fall color, as warmer temperatures and extreme weather events become more frequent, and forest composition changes over time.

Ultimately, the exact timing and shade of the fall foliage each year is inherently unpredictable—which, combined with its ephemeral nature, only adds to the excitement of our leaf-peeping experiences. No matter what happens, savor the moment by getting outside and enjoying it while it lasts!

Not sure what to do with your leaves once they’ve fallen? Check out our Garden Talk column “Letting Leaves Lie,” or Keep Durham Beautiful’s Leave Your Leaves campaign.

Photos of a Japanese maple (Acer palmatum) in the Culberson Asiatic Arboretum by Bill Snead (top); fallen ginkgo leaves (Ginkgo biloba) in the Historic Gardens by Brian Wells (middle); and fall color in the Welch Woodland Garden by Clarence Burke (below). 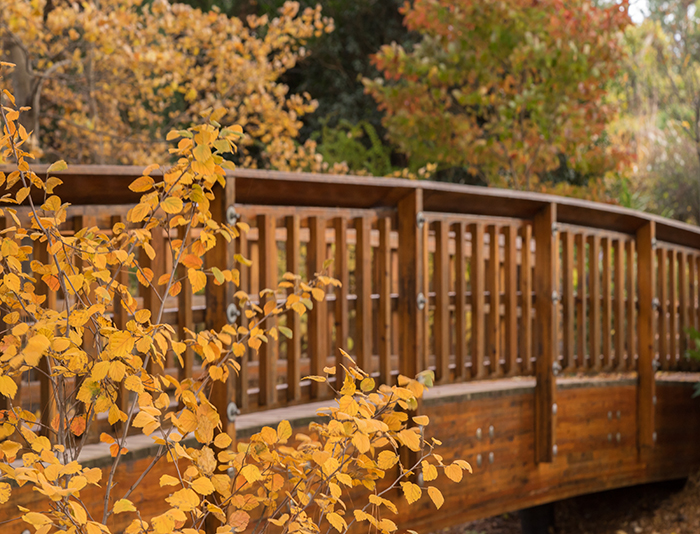