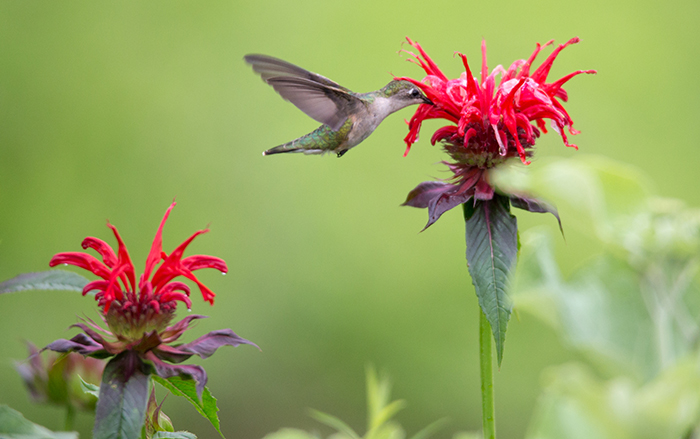 In our Horticultural Highlights series, the staff of Duke Gardens writes about plants you’ll find within our 55-acre living collection. This week, marketing and communications assistant Katherine Hale features a fragrant and easy-to-grow wildflower that pollinators adore. 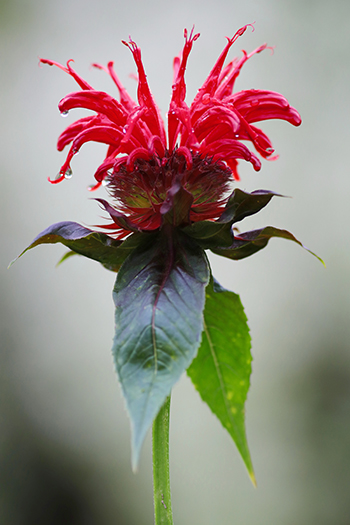 In keeping with its colorful diversity, this lively genus of fragrant wildflowers goes by a wide variety of names—including beebalm for their historical use as a treatment for stings, and wild bergamot due to their spicy scent reminiscent of bergamot orange (Citrus bergamia) in Earl Grey tea. Regardless of what you call them, these native perennials are staples in North Carolina native or pollinator gardens during the summer, with their vibrant red, pink or purple flowers drawing in hummingbirds and beneficial insects from a distance.

While there are a number of different kinds of beebalm across eastern and central North America, from southern Canada to Texas, all of them are easy to identify, thanks to their large tubular flowers clustered into dense heads atop the main stalk.

Three species are particularly common in cultivation. Scarlet beebalm (M. didyma) has bright red blooms and is particularly abundant across the southern Appalachians in roadside ditches and other moist places; it is also known as Oswego tea for its use by Indigenous peoples in the New York area. This species is particularly popular with ruby-throated hummingbirds (Archilochus colubris), which are attracted to its striking color and large flowers. Wild bergamot (M. fistulosa) has lavender flowers and prefers a drier habitat, drawing in native bees and butterflies. And spotted beebalm (M. punctata) has spotted yellow flowers surrounded by pink- and white-tipped bracts. There are also numerous hybrids and cultivars, such as ‘Raspberry Wine’ and ‘Peter’s Purple’, which have been selected for their resistance to powdery mildew—a major problem for densely packed plants in humid climates with poor air circulation.

In addition to their starring role in native plant gardens, beebalms excel in perennial borders and cottage gardens, and they can even be kept in containers. The same chemical compounds that make their leaves so pleasantly scented are unpalatable to deer and rabbits, and they make excellent cut flowers in summer bouquets.

The biggest challenge with growing beebalms is that they are frequently victims of their own success: left to their own devices, vigorous plants will self-sow and spread by creeping rhizomes to form dense colonies, so they are best divided every three or four years to prevent overcrowding and disease.

For those dipping their toes into gardening for wildlife, beebalms are an inspired choice, easy to establish, and quick to draw a wide variety of creatures in short order. Even if planting for pollinators is not your primary goal in landscaping, it’s a useful side benefit of their many wonderful attributes.

Celebrate Pollinator Week with us! 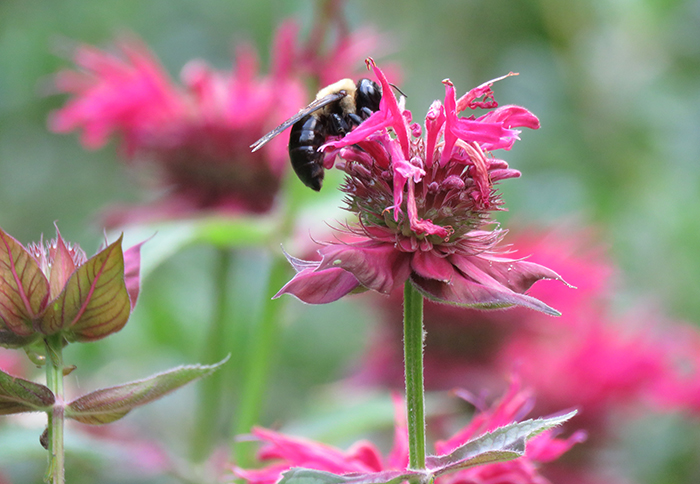