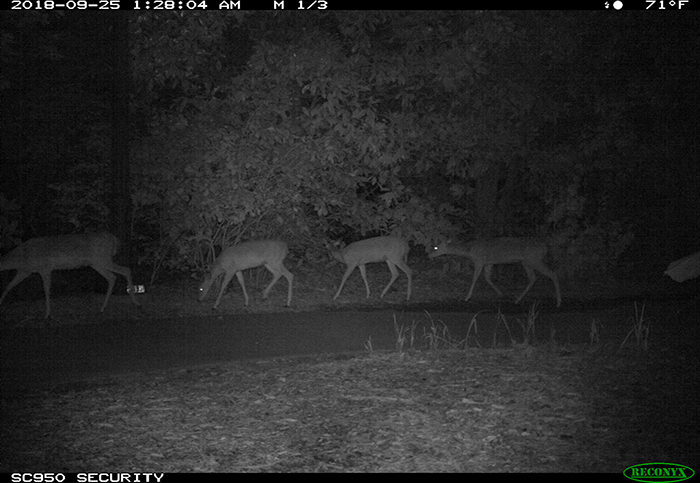 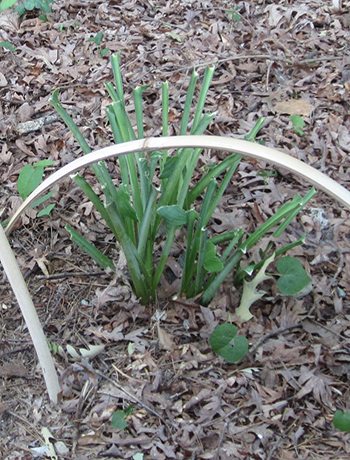 When Duke Gardens was dedicated in 1939, white-tailed deer (Odocoileus virginianus) were almost extinct in North Carolina—with an all-time low of six animals in the entire state during the early part of the decade. Thanks to conservation and restocking efforts, the deer population ultimately rebounded by the 1950s, getting a further boost from widespread suburbanization and landscape fragmentation, along with the loss of major predators like cougars and wolves. As of 2020, the North Carolina Wildlife Resources Commission estimated that there are 41 to 50 deer per square mile across large swathes of Durham County.

As you might imagine, such a dense concentration means that deer are popping up everywhere, even in places they previously avoided—including Duke Gardens.  Despite being adjacent to a major university and a bustling city, the same features that make a region so attractive to humans—the lush landscapes and forested buffer—offer a corridor directing hungry animals right to the Gardens. The problem has grown increasingly worse over the last decade, buoyed even further in the past year by coronavirus-related closures that have sharply reduced human activity nearby.

So what’s to be done, since the deer aren’t moving out any time soon? Controlled hunting is one strategy for larger properties, such as Duke Forest, and local municipalities like Chapel Hill participate in the state’s urban archery program. However, this is not feasible for dense, heavily populated areas, especially if the deer are “commuting” in at night and retreating back “home” during the day.

One solution commonly touted for harried home gardeners is to plant trees and shrubs that deer find unpalatable. While this can work in some landscape contexts, it means a sharply reduced plant palette and limits the overall diversity of the landscape. This is especially true for many North American native plants, which are becoming increasingly uncommon in wild landscapes partially as a  result of intense levels of deer predation, while those durable or poisonous enough to ward off the deer thrive. Furthermore, it isn’t feasible for a larger institution like Duke Gardens, with its mission to showcase a wide variety of plants from around the world—and not just the ones that deer avoid.

Unfortunately, deer are highly adaptable, and they quickly learn to ignore non-violent deterrents like loud noises or motion-activated sprinklers. And though many gardeners swear by repellents like rotten eggs, cayenne pepper, coyote urine, and human hair for fending off deer, none of those are experiences our visitors would enjoy.

Increasingly, many urban and suburban public gardens, are resorting to fencing in order to protect their plantings. Duke Gardens has been erecting perimeter fencing over the years in a long-term project, which we expect to complete this month. The fence will now extend around the Gardens’ full perimeter.

Like so many environmental challenges we face, there is no single easy answer. But like it or not, deer are a major force in shaping our landscapes, and we must continue to adapt to their presence just as they do to ours.