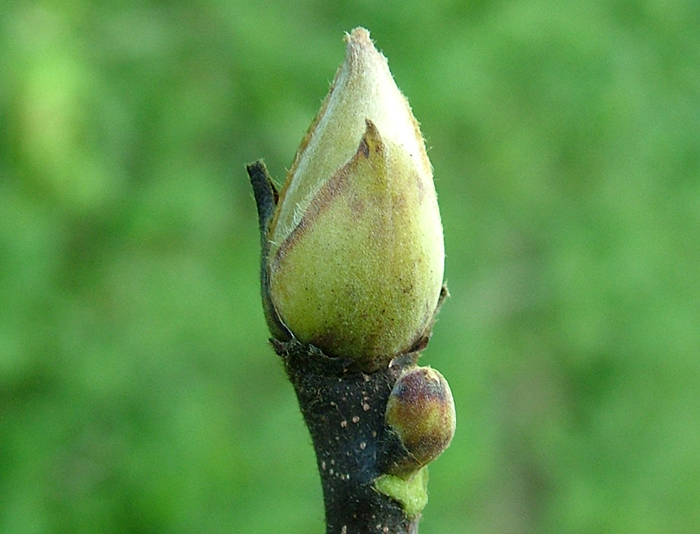 In this series, the staff of Duke Gardens highlights plants you’ll find within our 55-acre living collection. This week Jan Little, director of education and public programs, features shagbark hickory, a plant that has always fascinated her.

Botanical name: Carya ovata
Common name: Shagbark hickory
Family name: Juglandaceae (Walnut family)
Plant type: Tree
Location in Duke Gardens: Blomquist Garden of Native Plants
USDA Hardiness Zones:  3 - 8
Native range: Shagbark hickories grow from southeast Nebraska and Minnesota east to southern Quebec and south to Georgia, Alabama, Mississippi, Louisiana and eastern Texas, but not along the Gulf states. It also grows in northeastern Mexico.
Site requirements: The shagbark hickory does best when it receives between 20 to 40 inches of summer rainfall. It tolerates low temperatures of minus 40 degrees fahrenheit up to 115 degrees. Shagbarks grow in a variety of soils, including clay, loam and slightly acidic soils, in fertile bottomlands and on north- or east-facing uplands.
Size: Shagbark hickories reach heights of 70 to 90 feet with an irregular oval crown. Given a bit of time—say, a few centuries—it can grow to more than 100 feet.
Foliage: alternate pinnately compound leaves 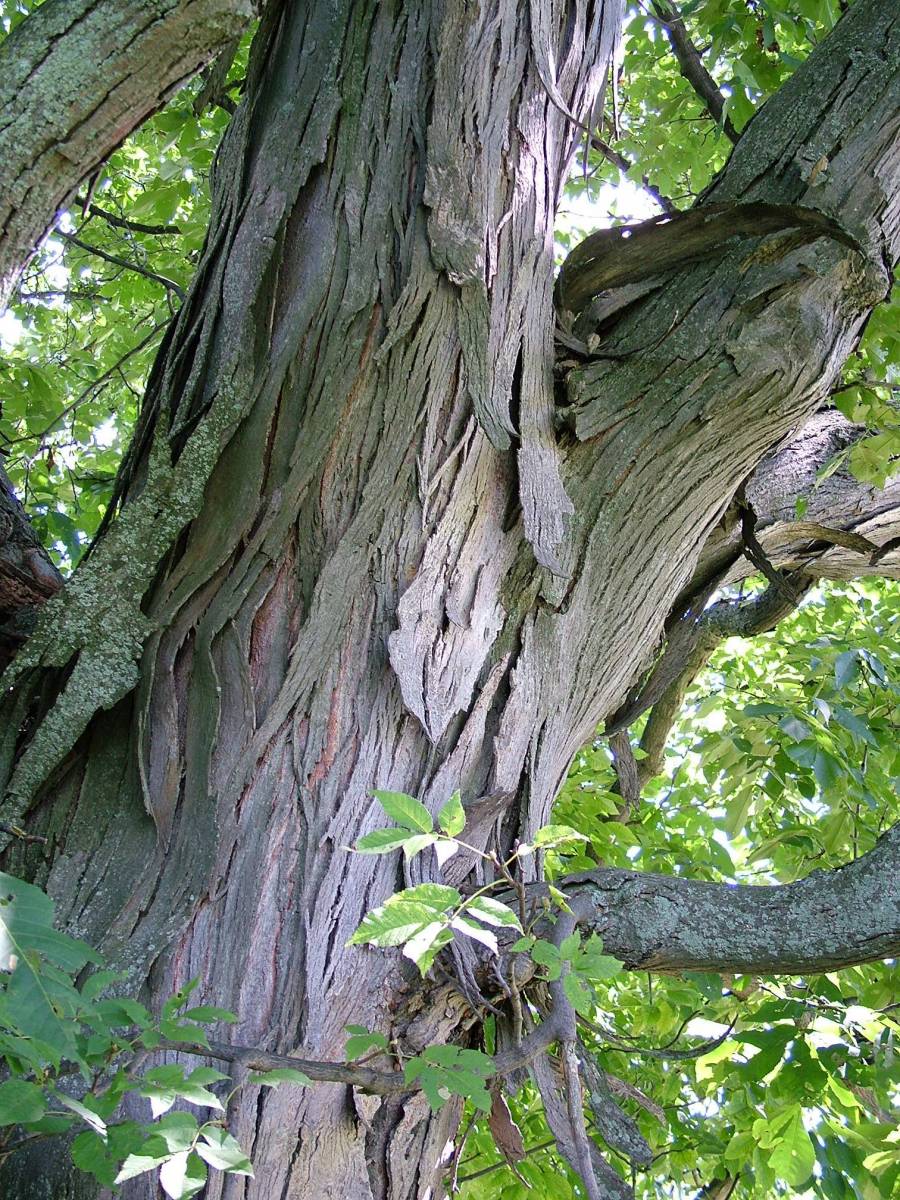 All trees tell us a story. The shagbark hickory has quite a few stories and a long history with animals, insects and people.

My favorite view of shagbark hickory is in springtime as the very large winter buds begin to open, curling and twisting in an emerging color combination of fresh green and red. They resemble a very big and ornate tulip or magnolia flower peeling back, petal-like, to reveal young leaves and catkin flowers. It is a springtime ceremony that I look forward to each year.

Shagbark hickory is named for the smoke-gray bark peeling away, top and bottom, from the trunk in long vertical strips like peeling paint. These are often unattached at both ends, giving it a shaggy appearance.

The shagbark hickory has a round nut with a thick, green, four-sectioned husk that drops in the fall and is eaten by wood ducks, turkeys, squirrels, chipmunks, raccoons, black bears, grosbeaks, woodpeckers, bluejays and nuthatches. The shaggy shingle-like bark provides shelter for bats and tiny birds called brown creepers. It is also a host plant for banded hairstreak butterfly and many moths. Hog farmers like to plant this tree because their pigs like the nuts.

The name “hickory” comes from the Algonquin word “pawcohiccora,” meaning hickory milk. Native American people pounded and then boiled the nuts to separate a thick, cream-colored oil that was skimmed off and used in cooking, similarly to how we use butter. European settlers shortened the word to “hickory” and called the extract “hickory milk.” At one time a quart of hickory milk was valuable enough to trade for 19 pounds of pork.

Though the ragged outer bark is of little human use, early settlers found that the inner bark renders a yellow dye. The wood of shagbark hickory has been used for barrel hoops, wicker chair bottoms and baskets. Oil from the nuts was suitable as a fuel for lamps. The hardy wood is still in demand for tool handles, furniture, flooring and items requiring shock-resistance such as baseball bats and other sports equipment ,as well as for smoking meats and other foods. Even the sap is useful and can be tapped to produce a sweet syrup similar to maple syrup.