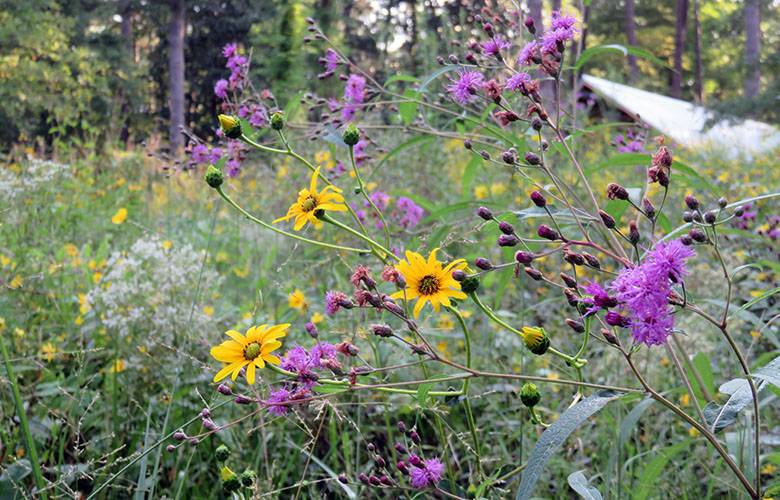 The Piedmont Prairie and Classsroom in fall. Photo by Lori Sullivan. 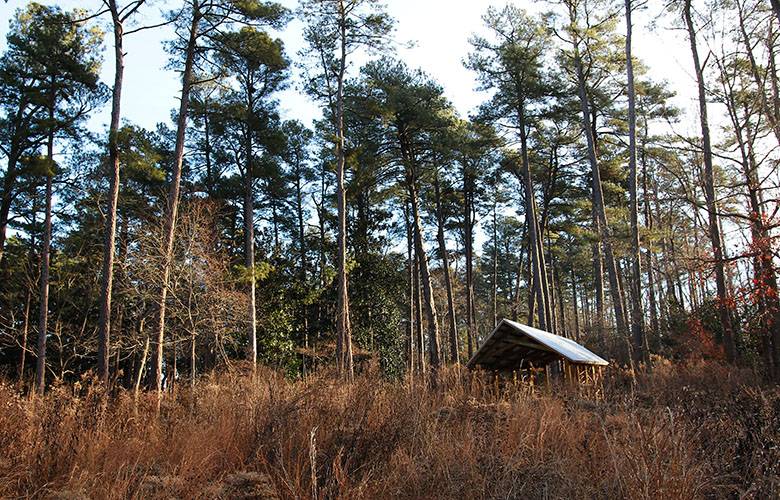 The Piedmont Prairie and Classroom in winter. Photo by Brian Wells. 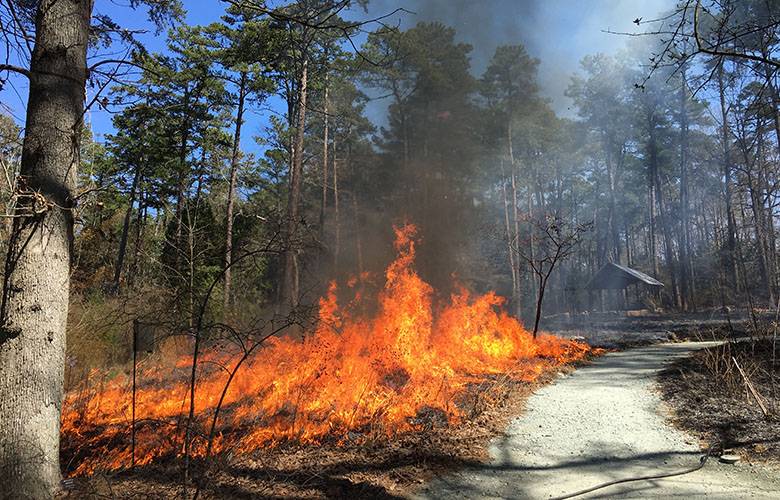 Periodic controlled burns help the Piedmont Prairie ecosystem to thrive. This one was conducted by the N.C. Forest Service. Photo by Orla Swift.

Duke Gardens conducted a controlled burn in the Piedmont Prairie section of the Blomquist Garden of Native Plants in March 2018.

The fire is a necessary part of maintaining the ecological health of the prairie. The N.C. Forest Service conducted the controlled burn, which lasted for about a half hour. The Blomquist Garden was closed to the public during the burn.

What is the Piedmont Prairie?

"The Piedmont Prairie is a horticultural interpretation of a vanishing ecosystem," says Stefan Bloodworth, curator of the Blomquist Garden. "Once upon a time, there were most likely hundreds of thousands of acres of this type of natural landscape in the North Carolina Piedmont. Dominated by grasses and wildflowers, with widely scattered oaks, this highly diverse ecosystem would have supported, among myriad other species, large herbivores such as elks and bison."

Why does it help to burn the prairie periodically?

“When European settlers arrived, they found wild landscapes well adapted to frequent fire,” Bloodworth says. "Anxious to protect their newfound holdings, they did everything they could to stop fire in its tracks. Roads and fields became firebrakes where none had existed before. Natural landscapes, where fire had routinely cleared out competing vegetation, were cut down or plowed under. This created vast swaths of fire-free landscapes that eventually evolved into thick forest. The open prairies of the Southeast became little more than a memory soon forgotten, their impressive diversity almost lost. Periodic controlled burns like this one will help keep the Blomquist prairie thriving."