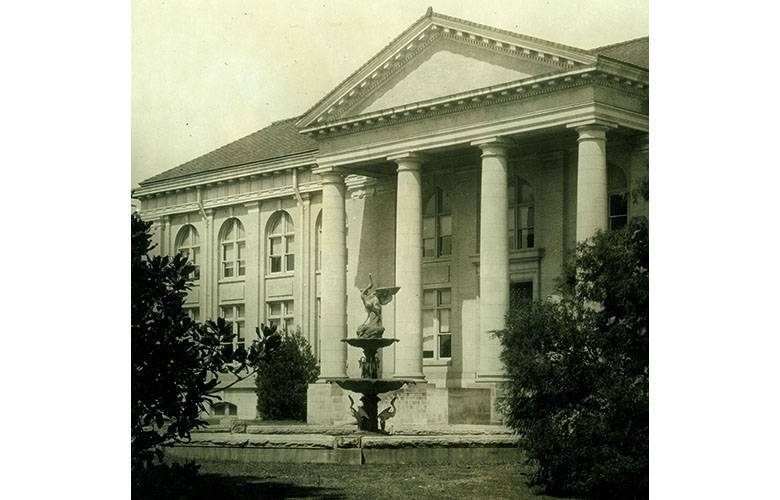 The Roney Fountain in the 1920s. Photo courtesy of Duke Archives. 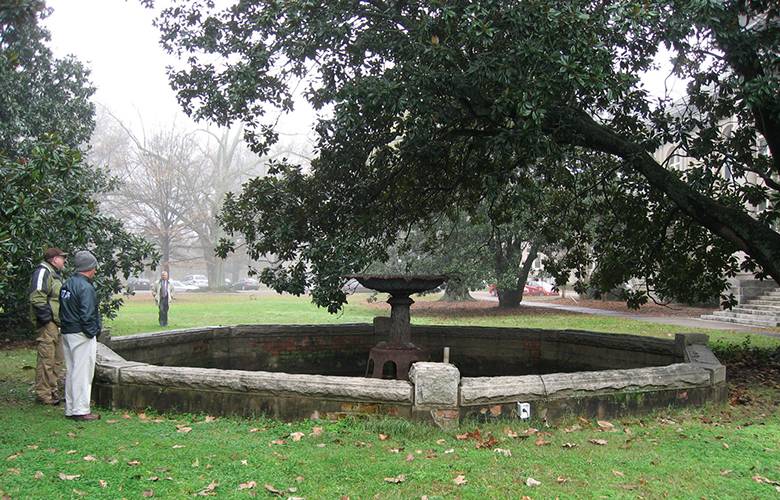 The Roney Fountain before its move from East Campus. 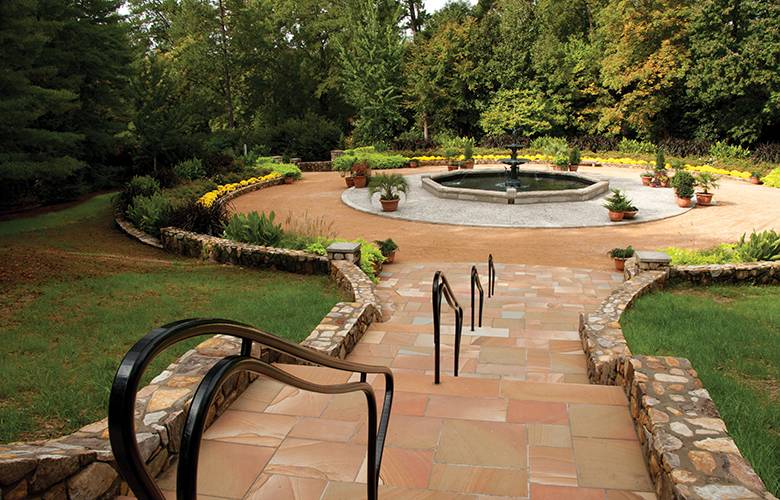 Visitors to Duke Gardens encounter a stunning attraction soon after entering the Gothic gates -- a garden centerpiece that is actually more than a century old.

The fountain fell into disrepair over the decades and was overshadowed by massive magnolia trees. Duke Gardens, meanwhile, was seeking a fountain. An early master plan for the Rose Garden had called for one, but it had never been built.

LAMBERT Architecture+Interiors worked on the restoration with Robinson Iron, which had acquired the fountain's original molds.

"We at Duke Gardens are thrilled to be able to restore the Roney Fountain to a place of prominence on the Duke Campus," Duke Gardens executive director Bill LeFevre said, "and to honor the legacy of four generations of Duke women who helped make the campus what it is today."