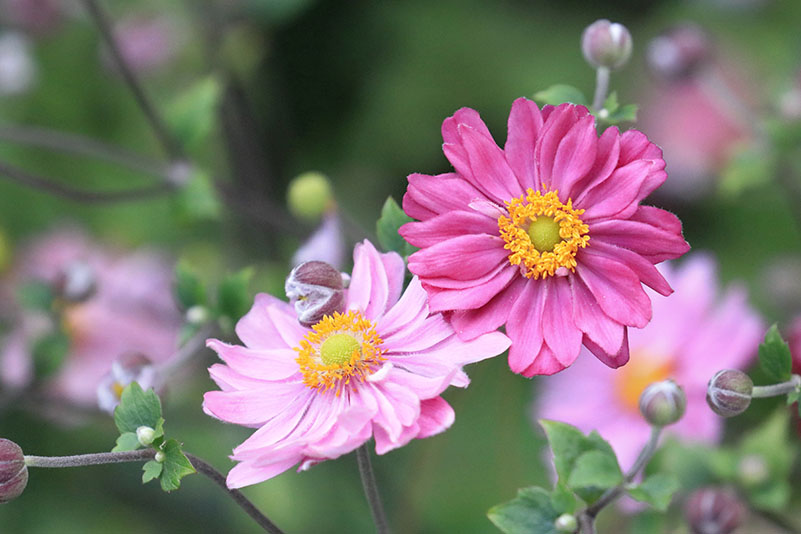 In this series, the staff of Duke Gardens highlights plants you’ll find within our 55-acre living collection. This week, marketing and communications assistant Katherine Hale features a fall-blooming perennial with a complicated botanical and taxonomic history. 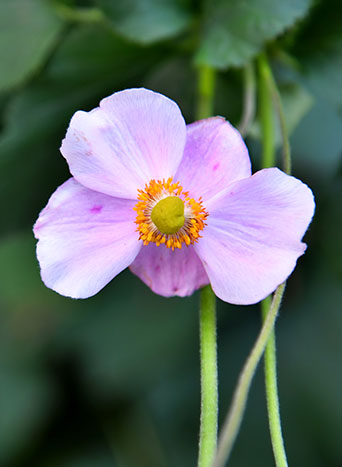 The pride of many a fall perennial border, Japanese anemones grow in thick clumps, sending up dozens of blooms resembling pink and white buttercups on long stems from August through October. The resemblance to buttercup is no coincidence, as anemones are a member of the same family, and they have a similar floral structure, with colorful sepals in lieu of traditional petals, and dozens of tiny flowers packed into a “head” at the center.

There are between 60 and 200 species of anemone, depending on which taxonomist you ask. Those commonly grown in gardens can be divided into three main types. The first are the spring-blooming anemones, which are rhizomatous and hail from temperate woodlands and alpine meadows. They're followed by the summer-blooming species from hot dry areas, which have tuberous roots. The third group are fall-blooming, like the Japanese anemones, which have fibrous roots and thrive on shady slopes and stream banks. The fibrous roots help the plants to gradually expand their territory over time, and they also make them especially easy to divide and replant elsewhere in the garden.

While Japanese anemone itself is easily identifiable, its taxonomy and nomenclature is significantly more complex. Although usually referred to as “Japanese anemone,” A. hupehensis means “hailing from the Chinese province of Hubei” in Latin, and Hubei is where the species grows wild. So why is it more commonly known as Japanese instead of Chinese anemone?

The answer is that a form of A. hupehensis with semi-double flowers and pink sepals escaped from cultivation and became widely naturalized in China, Korea and Japan. A specimen was collected in a Shanghai graveyard in 1843 by the Scottish plant explorer Robert Fortune and transported to Europe, where it became known as A. japonica. Once in Europe, the various Asian anemone species were extensively hybridized to produce a group of cultivars collectively known as A. × hybrida, all of which were generally referred to as “Japanese anemones” as well. Some taxonomists place the Asian anemones in their own genus, Eriocapitella, while others consider the group a sub-section within the larger genus, thus confusing matters even further,

We'll have the A. hupehensis cultivar ‘Pamina’—a double-flowering variety with rose-pink sepals and a compact growth habit—at our Fall Plant Sale on Sept. 24 (and members-only preview sale Sept. 23). Please see our plant sale event page more about the sale. 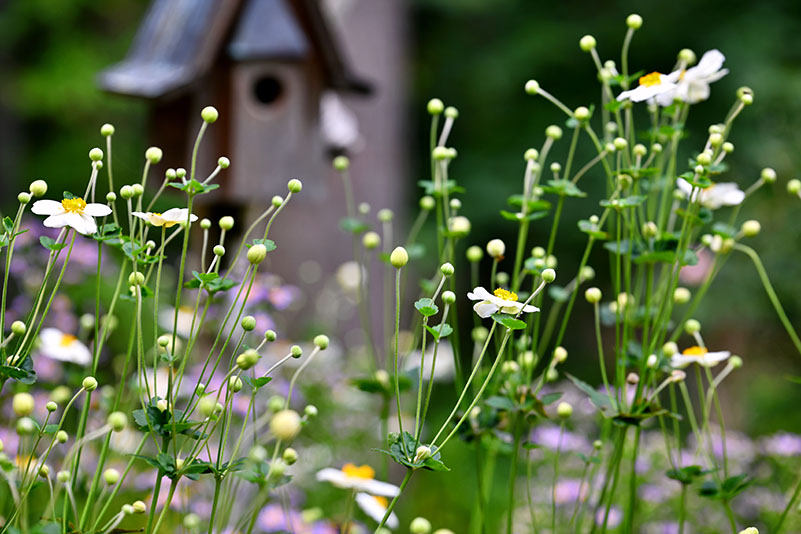