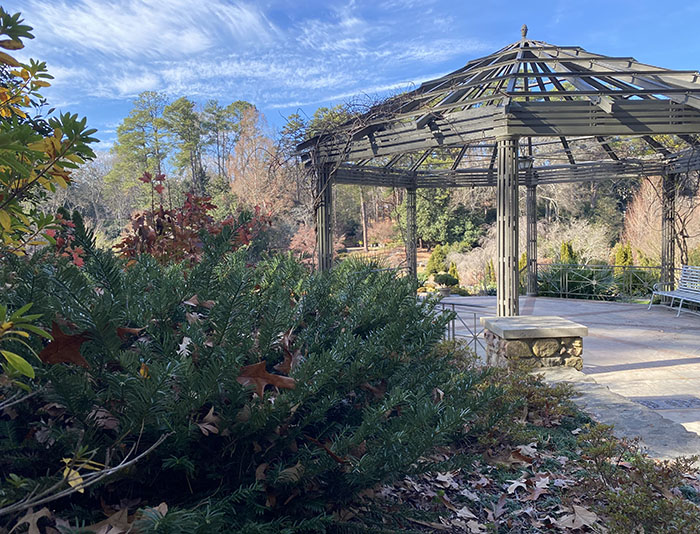 In this series, the staff of Duke Gardens highlights plants you’ll find within our 55-acre living collection. This week, marketing and communications assistant Katherine Hale features an evergreen shrub with a Blue Devil origin story.

Though all branches or leaves on an individual plant are usually genetically identical, every now and then a mutation pops up that is visibly different from its fellows. Known as botanical “sports,” these chance oddities result in new horticultural varieties, propagated in spite of—or because of—their unusual nature. Such is the case of the Duke Gardens plum yew (Cephalotaxus harringtonia ‘Duke Gardens’), which was discovered right here at Duke Gardens in 1958 by horticulturist and future director Richard Fillmore.

This variety originated as a branch mutation on a single C. harringtonia 'Fastigiata' plant. Duke Gardens sent cuttings to the United States National Arboretum in Washington, D.C.  After extensive horticultural trials, the cultivar—named in honor of its origins—was introduced to the horticultural trade. Decades later, clones of the original Duke Gardens plum yew are offered for sale at a wide variety of nurseries and grown around the world.

What exactly makes ‘Duke Gardens’ so special? Unlike its ‘Fastigiata’ parent, which has an upright form with densely columnar branching and atypical "bottlebrush" foliage, ‘Duke Gardens’ has a vase-like shape and two-ranked foliage—meaning all its needles are in a single horizontal plane—like a wild-type plum yew. In contrast to wild plum yews, which grow to become small trees, ‘Duke Gardens’ is perfect for hedges, borders, and any location where a compact, shade-tolerant, deer-resistant evergreen is desired.

As their common name suggests, plum yews greatly resemble true yews (Taxus spp.), but they are more tolerant of the heat and humidity of the southeastern United States than their better-known relatives. Native to eastern Asia, they bear fleshy cones that greatly resemble plums from a distance. Like many conifers, C. harringtonia is dioecious, meaning that male and female flowers are on separate individual plants; thus, clonally propagated male cultivars like ‘Duke Gardens’ will never produce fruit.

Though Duke Gardens is a haven for rare and unusual plants, specimens like the Duke Gardens plum yew serve as a reminder that its contents are far from static. Here in this living laboratory, new mutations and varieties are continually arising—sometimes the result of deliberate intention, sometimes a happy accident.

Photos by Robert Mottern, director of horticulture at Duke Gardens. 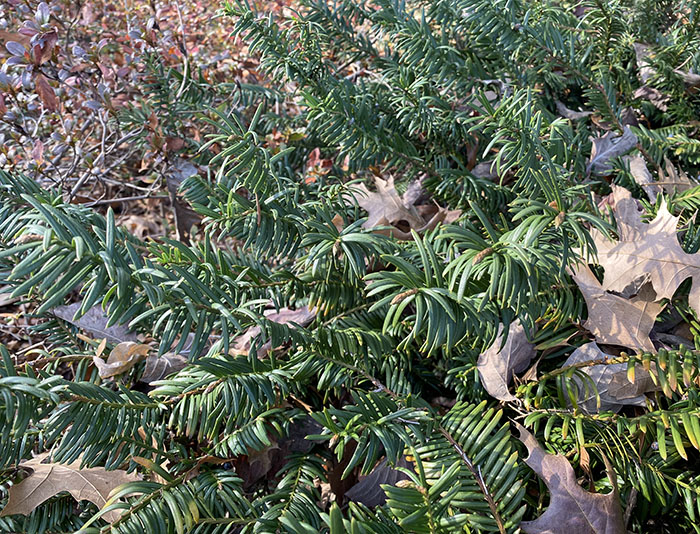