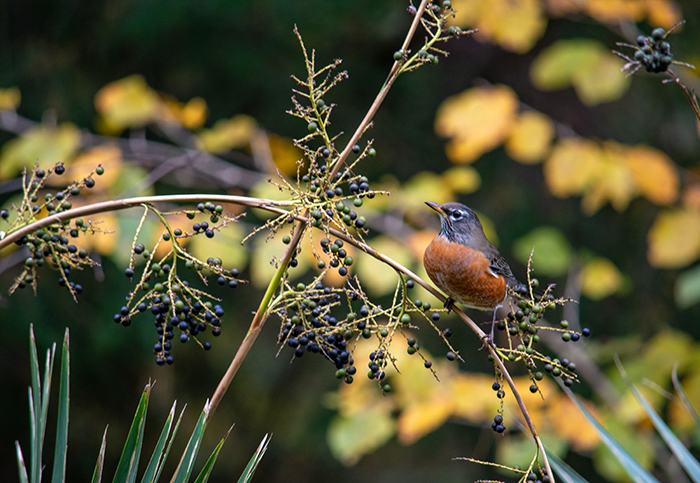 Gardening for Wildlife with Wild Fruits 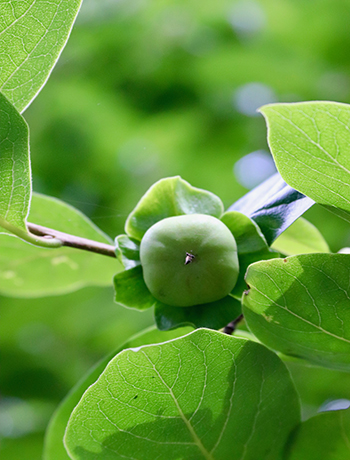 Winter is a hard time for birds, but maintaining a feeding station in your yard or garden isn’t right for everyone. One alternative is to plant native fruit- and nut-bearing trees, which provide a natural buffet for creatures passing through the area, as well as beauty, shelter, shade and other benefits to the landscape.

As with any other kind of gardening, it’s important to take the site conditions into account when deciding what to plant—not to mention your own needs, interests and goals. Here are some questions and considerations to get you started and avoid potential pitfalls and problems.

To paraphrase "Field of Dreams," if you plant it, they will come. But who are “they,” anyway? Each individual species has its own ecological niche, with soft, fleshy fruits, such as persimmons (Diospyros virginiana), attracting different species than hard nuts or seeds like oaks (Quercus spp.) attract. For example, white-breasted nuthatches (Sitta carolinensis) love beechnuts (Fagus grandifolia), but they turn up their beaks at the blackgum (Nyssa sylvatica) and hawthorn (Crataegus spp.) fruits sought after by flocks of American robins (Turdus migratorius) and cedar waxwings (Bombycilla cedrorum). As a general rule of thumb, a diverse mix of plants will lead to a diverse mix of wildlife.

Another consideration is how long the fruit remains on the plant. Oaks and persimmons are both falling fruits, which drop to the ground when ripe. This can be a problem  depending on what is underneath. Many other species, such as dogwoods (Cornus florida), possumhaw (Ilex decidua), and dwarf palmetto (Sabal minor), have fruits that stay on the plant until eaten by birds, allowing you to enjoy their presence in the landscape for as long as possible with minimal mess in the process.

Some fruit-producing species are dioecious, with male and female flowers on separate plants. If maximum fruit production is your goal, a hedge of identical male clones won't suffice—nor will an all-female array, unless you happen to have some wild males growing nearby. For best results, make sure you buy the correct proportion of male to female plants; the exact ratio depends on the species and cultivar in question. Wildlife plants in this category include eastern red cedar (Juniperus virginiana), southern wax myrtle (Morella cerifera) and native hollies (Ilex spp.)  If space is an issue, a species or cultivar with male and female flowers on the same individual plant is a better choice.

Even if you do everything right, not every year of wildlife gardening is likely to yield a bumper crop, particularly if you plant wild ecotypes. Many species, such as oaks, have evolved to produce large volumes of seed every few years. These are known as “mast years,” in which the plants overwhelm their seed predators with an abundant harvest, banking on the fact that even the hungriest animals are likely to miss a few here and there. A paltry harvest the next year leads to a subsequent population crash, allowing the plants a few years with of relative peace before the cycle repeats. Many horticultural hybrids and cultivars have been bred for steady fruit production, but wild-types are likely to be far more variable in their production.

As with all kinds of gardening, planning and observations will go a long way toward yielding the results you want when it comes to planting for wildlife. With a little forethought, both you and the birds will be reaping the rewards for many years to come.