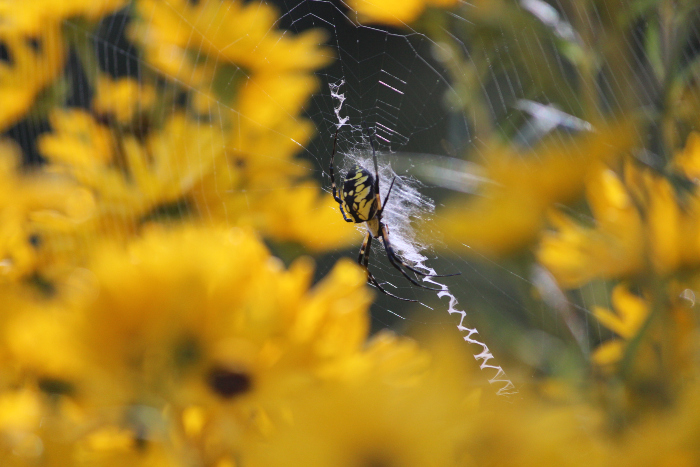 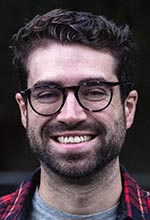 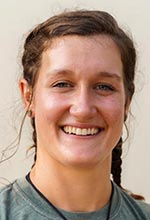 In this series, Duke Gardens staff periodically shine the light on specific plants that are found within our 55 acre living collection, and related topics. This week, Blomquist Garden assistant horticulturist Laura Daly and Duke graduate Isaac Lund (T'19) turn to a frequently feared denizen of the Gardens: the spiders.

Every October, ominous headstones and jack-o'-lanterns pop up on lawns and porches, with a cast of characters ranging from skeletons to mummies, werewolves and witches. But one icon is all but universal: an abundance of cobwebs and their ingenious designer, the spider.

That’s no accident, of course. Spiders are the most-feared creatures in the animal kingdom, and the fear of spiders, or arachnophobia, is one of the most prevalent phobias worldwide, second only to the fear of heights. Although gardeners and garden-lovers also experience this fear, we would be mistaken if we let this feeling distract us from how interesting and helpful our eight-legged friends really are.

Spiders, all of which fall under the taxonomic order Araneae, are among the most skilled and effective predators in the world. Capable of a diverse range of hunting strategies, from web-spinning to a trapdoor ambush, spiders do more than their fair share of pest control. While spider density usually depends on habitat, they still manage to occupy almost every dry niche imaginable, from grasslands to garages. Take a look around you—chances are good that there is a spider somewhere in your vicinity. 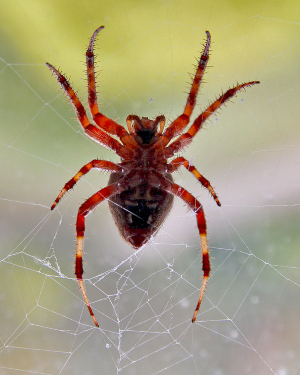 How is that possible? Most spiders move around unnoticed, and they would like to keep it that way. Since they are unable to fly—though they do balloon—and only a fraction of species jump, their best protection is often camouflage. Crab spiders (family Thomisidae) accurately mimic the shades of flower petals, and flattie spiders (family Selenopidae) are virtually undetectable against lichen-covered rocks, thanks to their leg structure and coloration.

In addition to their mastery of disguise, many spiders are also accomplished architects. Using the glands and spinnerets located at the end of their abdomens, spiders produce a very strong silk, which they use to build webs and nests, attach trap doors, furnish burrows and construct egg sacs. The unique properties of spider silk have long puzzled human engineers, and many have tried to uncover the secret to its astonishing strength and elasticity. But while we attempt to appropriate this natural process to build more durable bullet-proof vests and other items, spiders are content to use their silk for activities more fitting to their nature—hunting for food.

Fortunately for all of us, spider webs are very effective in terms of pest control. Provided it is positioned properly, a sophisticated spider web can catch as many as 250 insects in a single day! The next time you host a barbecue, make sure to thank your backyard spiders like the black-and-yellow orb weavers (Argiope aurantia) for turning those pesky flies into harmless insect burritos. 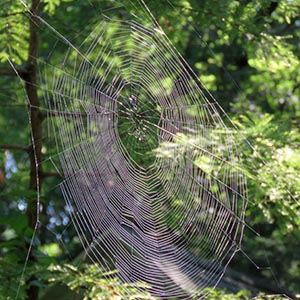 In addition to keeping the insect population in check, some spiders also function as pollinators, or as food for other animals. This versatility of spiders keeps them at the center of an intricate and vital food chain. If you like birds, butterflies and lizards in your yard, make sure to keep plenty of spiders around.

Given the omnipresence of spiders in our lives, it’s easier to change our attitudes than to give in to our phobias. Instead of trying to kill them with blunt force or poison, we should relax and appreciate these animals for the role they play in the ecosystem and in our lives.

That said, if you do want to evict an unwanted spider from your premises this Halloween season, all you need is a cup and a piece of paper to gently transport it outside. 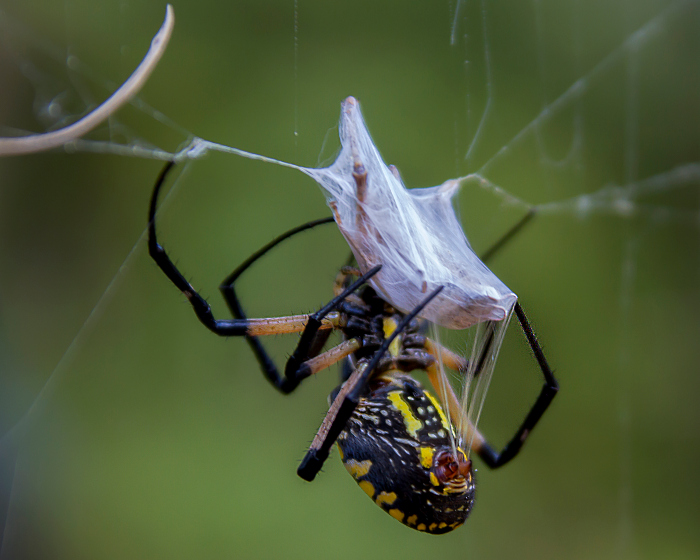