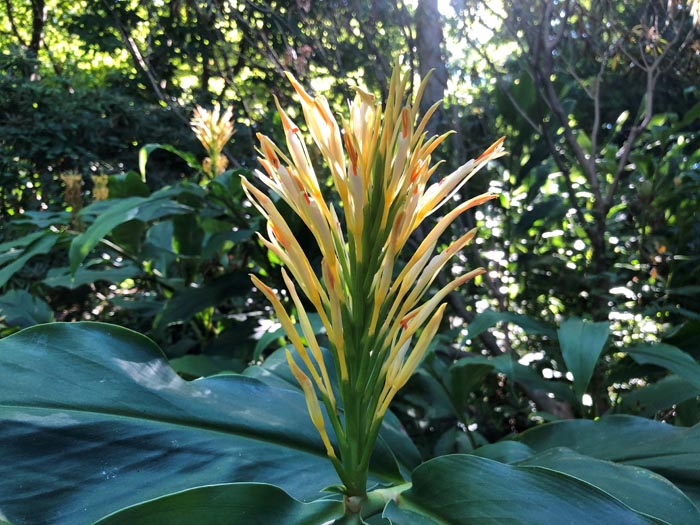 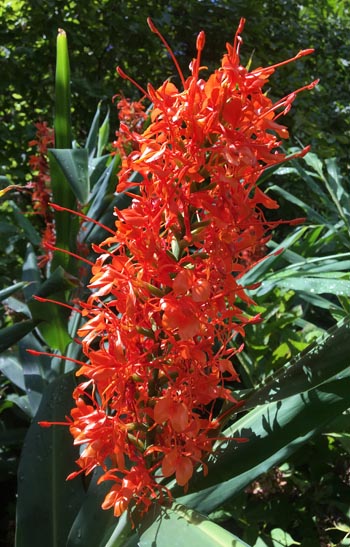 Hedychiums, also known as ginger lilies, are a fantastic late summer bloomer that loves the heat of our North Carolina summers. Their tropical foliage add interesting texture to the garden, topped with spikes of flowers starting in July or August. Some fall flowering species, like Hedychium coronarium and Hedychium ‘Betty Hodge’, have passersby asking what that heavenly fragrance is.

Given plenty of water, ginger lilies spread by thick rhizomes and are easy to divide. They are hardy to zone 7, but for extra protection, once they have died back leave the stalks to insulate the rhizomes, or add mulch on top.

Below are a few ginger lilies we will have at the Fall Plant Sale next weekend.

The Fall Plant Sale will be from 8 a.m. to noon on Saturday, Sept. 28, with a members-only preview sale and dinner on Sept. 27. Please see our plant sale page for more information about the sale and how to become a member. 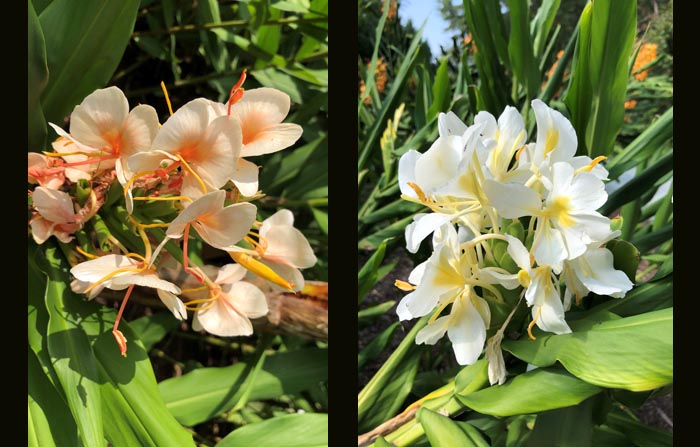 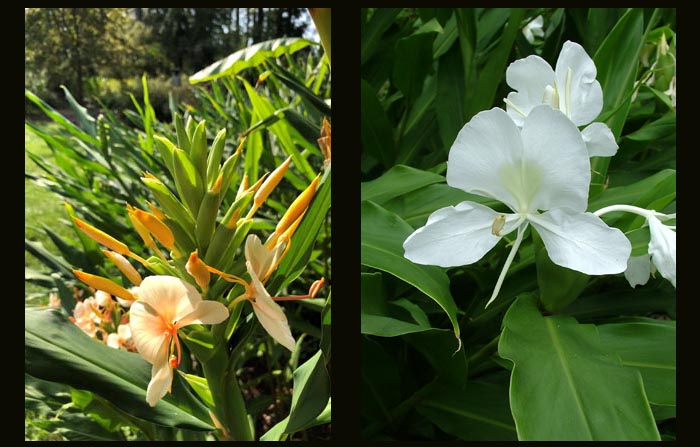