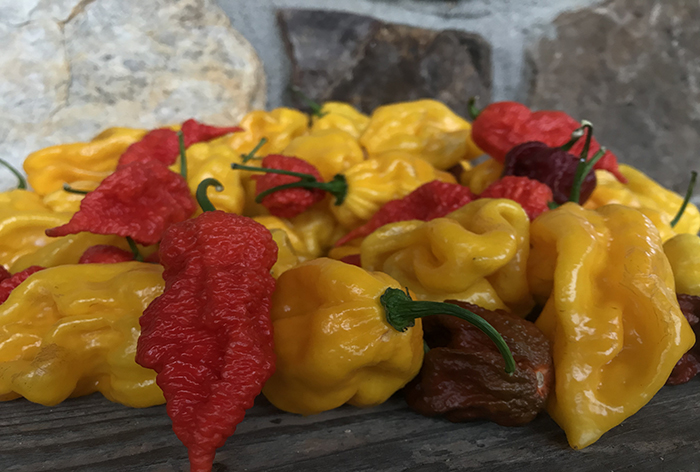 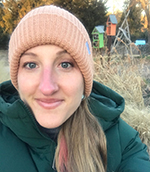 Nothing loves the heat of August like a hot pepper, and few places in Duke Gardens are warmer than the Charlotte Brody Discovery Garden. Located in the northeastern corner of Duke Gardens, the Brody Garden is in the bright and deliciously warm full sun all summer long. This is the perfect place to grow peppers, and this year in the Brody Garden we are growing a wide variety of peppers, from the hottest in the world to the sweetest!

Peppers (Capsicum spp.) are native to tropical parts of America, where it is consistently warm year-round. Many grow wild as woody perennials and are a great food source for wildlife, especially birds. Wild-type peppers have small fruits that are easily plucked from the plants by birds. They rely on animals to spread their seeds after the seeds pass unscathed through the animals' digestive systems. 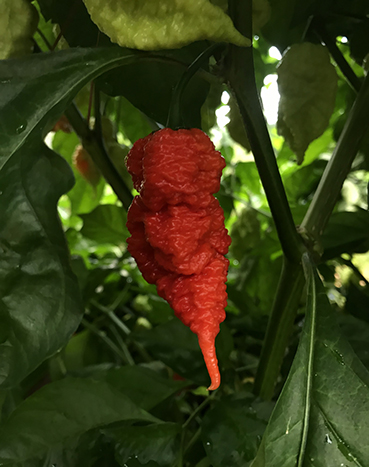 People have been cultivating, breeding and selecting peppers for size and flavor for thousands of years. They are rich in vitamins A and C, potassium, folic acid and fiber, making them a desirable and healthy addition to one’s diet. Peppers were widely grown in Central and South America by many pre-Columbian civilizations dating back as early as 7500 B.C. Traces of pepper fruit have been found in prehistoric remains in Peru and Mexico, indicating  that these plants were an important food source to prehistoric peoples.

Originally mistaken for seeds of the black pepper (Piper nigrum), the first pepper seeds were taken from tropical America to Spain in 1493, where they then spread rapidly throughout Europe. Portuguese traders, aware of its trade value for its spicy flavor, promoted pepper trade in the Asian spice trade routes from South America. Peppers were introduced in India by the Portuguese by the end of the 15th century and spread to the rest of Asia from there.

Today, peppers are widely cultivated around the world, both in home gardens and on a large agricultural scale. Peppers have left their mark on cultures across the globe since they were first encountered by Europeans in the New World in 1493, and there are upwards of 50,000 different varieties, with each year bringing new varieties as well as extinctions.

You can find more than 30 exciting cultivars growing throughout the Charlotte Brody Discovery Garden this summer. Those with names like ‘Carolina Reaper’ and ‘Death Spiral’ exhibit intense spiciness, measuring at more than 2 million and 1 million Scoville units, respectively.  Named for scientist Wilbur Scoville in 1912, the Scoville scale measures the amount of the chemical capsaicin in pepper fruits. We are also growing peppers that are important to different cultures, such as ‘Thai Dragon’ chili, ‘Ancho Poblano’, and ‘Aleppo’, as well as a colorful variety of bell peppers ranging from deep purple to orange, golden yellow, and red.

The formal display of peppers ranges from the ‘Carolina Reaper’, the hottest in the world, to ‘Lesya’, believed to be the sweetest pepper in the world. They're growing in the raised beds nearest to the tobacco barn, and the signs marking each pepper variety have a flame symbol that corresponds with the informational signs posted up on the old beams of the barn. The signs also provide a more detailed description of the origins of peppers and the Scoville Scale, as well as recipes.

Next time you’re sweating in the heat of summer, just remember that without this heat, peppers just wouldn’t be the same.

Photos: A colorful mixture of harvested hot peppers from the Charlotte Brody Discovery Garden (top); and a maturing 'Carolina Reaper' hot pepper (Capsicum chinense 'Carolina Reaper', middle right), both by Lindsey Luks; one of the many informative signs outlining pepper-themed recipes (below), by Sue Lannon. 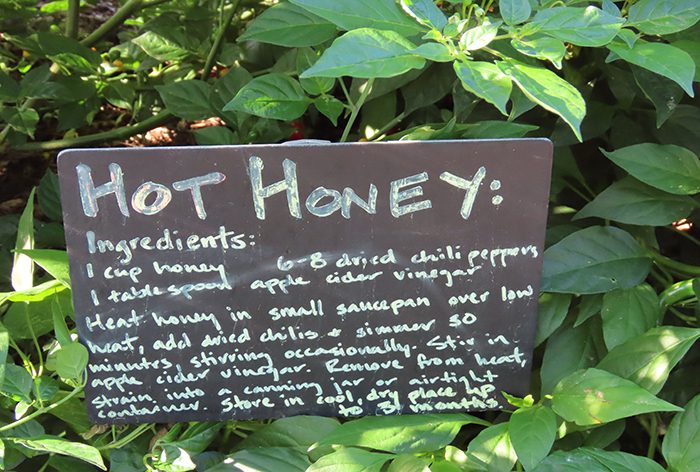