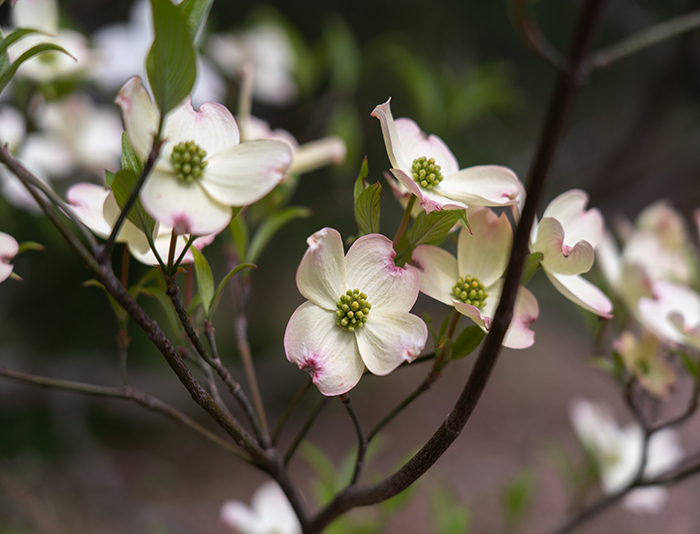 In this series, the staff of Duke Gardens highlights plants you’ll find within our 55-acre living collection. This week, marketing and communications assistant Katherine Hale features an iconic native tree that represents North Carolina at home and abroad. 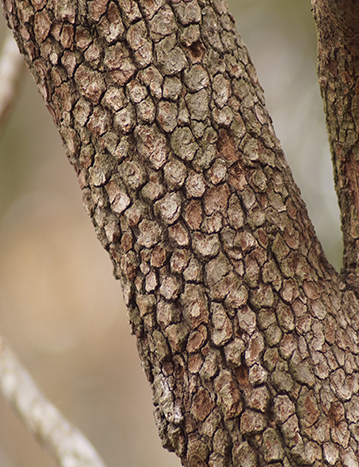 With a brilliant white canopy each spring, the flowering dogwood (Cornus florida) is simultaneously one of our most recognizable native trees and an iconic symbol of the American South, one found in both gardens and wild places across the entire southeastern United States. This combination of beauty and ubiquity has earned it the honor of being the official state flower of North Carolina—as well as the official state tree of Virginia and Missouri.

Though the dogwood flower appears simple from a distance, closer inspection reveals that the notched white “petals” are actually bracts, or modified leaves, and the true flowers are in tiny yellow clusters at the center. While most wild trees have pure white bracts, many cultivars sport pink, red or variegated ones, including the popular C. florida f. rubra, ‘American Beauty’, and 'Cherokee Chief'.

Even when not in bloom, dogwoods are easily recognizable thanks to their distinctively patterned bark; spreading, upturned branches; onion-shaped flower buds; paired oval leaves that turn bright red in the fall; and showy red fruits. Along with their considerable beauty, they play important role in native ecosystems—the fruits are an important food source for migratory birds in the fall, and the tree serves as a host plant to many species of moths and butterflies, including the magnificent cecropia silk moth, Hyalophora cecropia, one of the largest moth species in North America.

Although they are understory trees that do best in part shade, dogwoods can tolerate full sun if planted in consistently moist and well-drained soil. Because of their relatively small size, they are an excellent choice for smaller gardens and urban areas where a larger tree would be inappropriate. They are often paired with another showy native understory tree, the eastern redbud (Cercis canadensis), which occupies a similar ecological niche of field and forest edges and often blooms at or around the same time.

Unfortunately, flowering dogwood is often prey to the dreaded dogwood anthracnose, a disease caused by the accurately named Discula destructiva, a fungus that first became prevalent in the late 1970s. The best way to avoid it is to plant resistant varieties, and avoid siting trees in areas with poor drainage or other high-stress locations that reduce their ability to fight off infections.

In addition to its local honors, flowering dogwood has also represented the United States on the global stage. In 1915, the United States sent 40 flowering dogwood saplings to Tokyo in exchange for the hundreds of flowering cherries shipped from Japan to Washington, D.C., three years earlier as token of friendship between the two governments. Unlike the cherry blossoms, which became the nucleus of the famous planting along the Potomac River and Tidal Basin, the dogwood trees fared poorly in their new home, with only one lone survivor at an agriculture high school. To make up for this inauspicious beginning, the U.S. sent 3,000 additional dogwood saplings to Japan to commemorate the centennial of the original exchange—though only time will tell if the trees will become as beloved there as they are in their native land.

Photos from top to bottom: Flowering dogwood flowers, by Clarence Burke; close-up of dogwood bark, by William Hanley; a pink-flowering form in the Blomquist Garden of Native Plants, by Cathi Bodine. 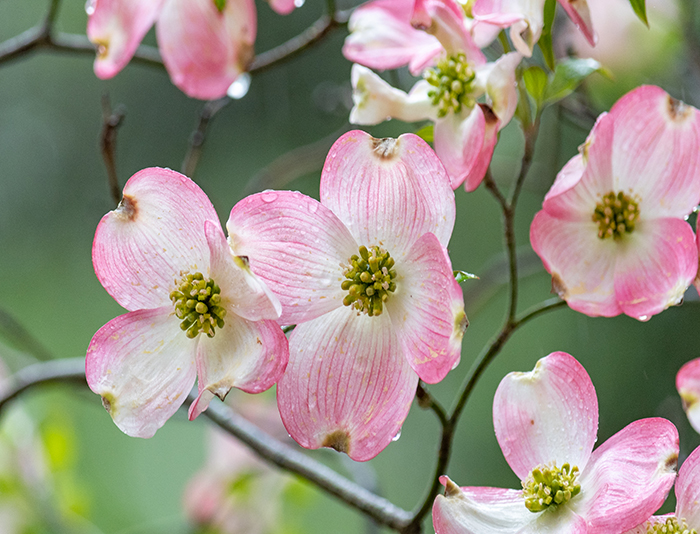