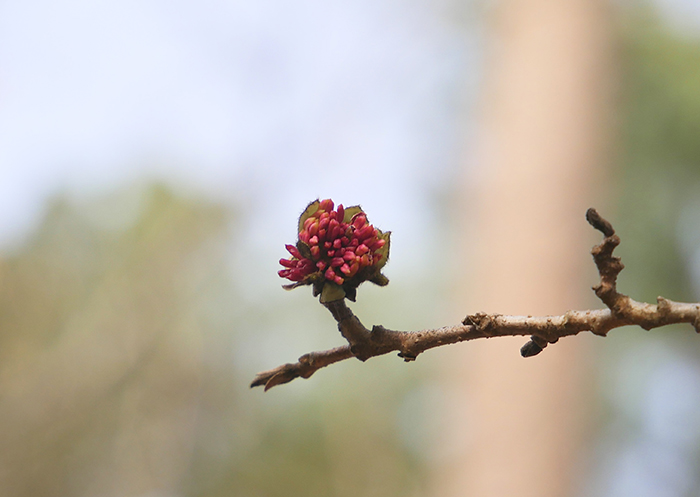 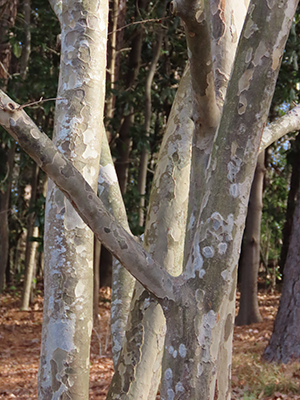 January might seem like a lull, but a walk through the gardens right now will reveal numerous species in bloom. Many of these early-season flowers are small, subtle and easily overlooked, including those of Persian ironwood (Parrotia persica), which emerge each year like tiny red stars in the otherwise empty canopy in late winter and early spring.

Originally considered a member of the witch-hazel genus (Hamamelis spp.) by botanists, Persian ironwood was later moved to the genus Parrotia, because the flowers lack the conspicuous, strap-like yellow petals of true witch-hazels. The name has nothing to do with parrots—it was intended to honor German naturalist Georg Friedrich Parrot and his son, both of whom explored the Caucasus region in the early 19th century. Persian ironwood is equally unrelated to other tree species commonly known as “ironwoods,” most of which were named for their unusually dense and heavy wood regardless of their appearance.

Endemic to the mountains along the south coast of the Caspian Sea in northern Iran and Azerbaijan, Persian ironwood is found only in Hyrcanian mixed forests, an ecosystem that supports a remarkable number of rare and endemic species. During past climatic shifts, this region was a refugium for many species, resulting in an extremely high level of diversity and plants and animals found nowhere else in the world, including the Persian ironwood.

While Persian ironwood gets the most attention during the winter months when flowers are in bloom, the tree is beautiful year-round, thanks to the colorful exfoliating bark, and thick branches that bend and ripple like muscles as they age. The emerging leaves start out light red before quickly transitioning to green, and they range from bright yellow to orange to purple-red in the fall. Depending on the cultivar and conditions, it can be grown either as a large, single-trunked tree or a multi-trunked shrub.

Despite its beauty, Persian ironwood is relatively unknown in the United States, which is a shame, because it is widely adaptable and tolerant of a wide range of soil and moisture conditions. However, an increasing number of cultivars have become available in recent years, including ‘Biltmore’, a selection from the venerable specimen tree at the Biltmore Estate in Asheville, North Carolina; weeping forms like ‘Pendula’ and ‘Kew’s Weeping’; and the upright and columnar ‘Persian Spire,’ which is gaining popularity as a street tree.

There are two Persian ironwoods in the Historic Gardens. One is at the top of the stairs leading from the Cherry Allée to the Roney Fountain and the Mary Duke Biddle Rose Circle. The other is tucked away off the main paths so that even regular visitors may not have encountered it before—look for it hidden in plain sight on the grassy slope between the Iris Bridge and the Memorial Garden. 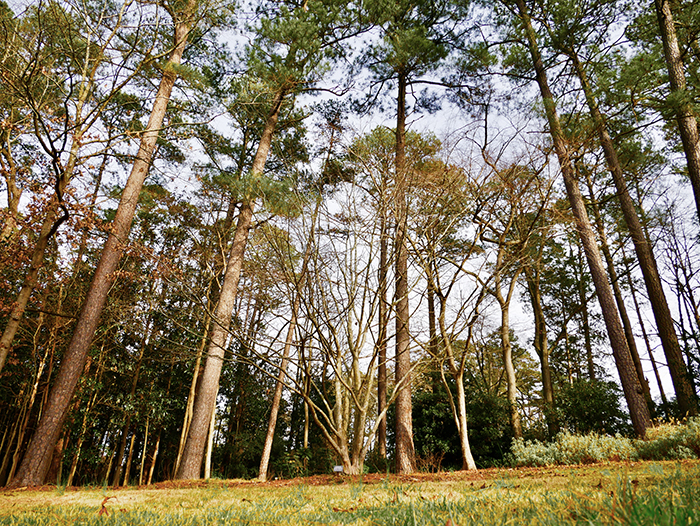