In this series, the staff of Duke Gardens highlights plants you’ll find within our 55-acre living collection. This week Jan Little, director of education and public programs, features white pine, one of her favorite plants. 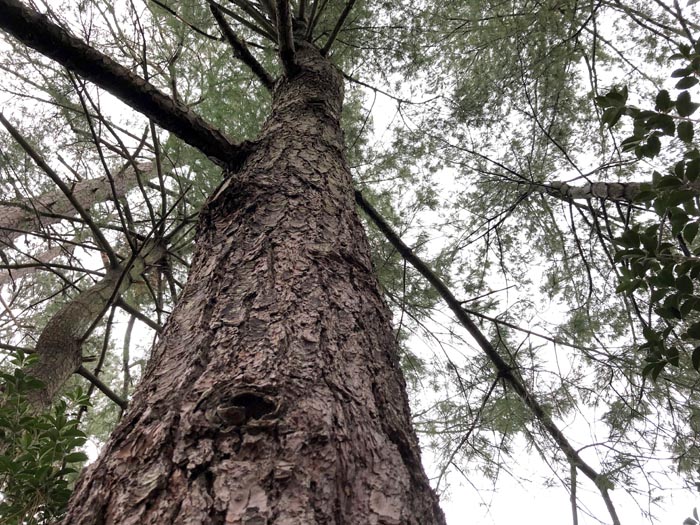 Botanical name: Pinus strobus
Common name: Eastern white pine
Family name: Pinaceae (Pine Family)
Plant type: Tree
Life span: In the wild, this tree can live to 250-400 years of age.
Identification: Eastern white pine is the only pine native to North America that bundles its needles into groups of five.
Location in Duke Gardens: Mary Duke Biddle Rose Garden in the Historic Gardens, and along the entry drive
USDA Hardiness Zones:  3 - 8
Native range: From Canada along the mountains into Georgia and west to Illinois.
Site requirements: Fast growing, pyramidal tree that matures to an open, oval, picturesque canopy. Prefers low to moderate quality and well-drained sandy soils in full sun to part shade. In the northern reaches of this pine’s hardiness zone, it does not tolerate winter winds. In the southern range, it does not tolerate the hot summers. White pine is both a pioneering species, reseeding and rapidly providing cover in fire or windfall openings, and a mature forest canopy tree that can withstand periodic fires and live for centuries. 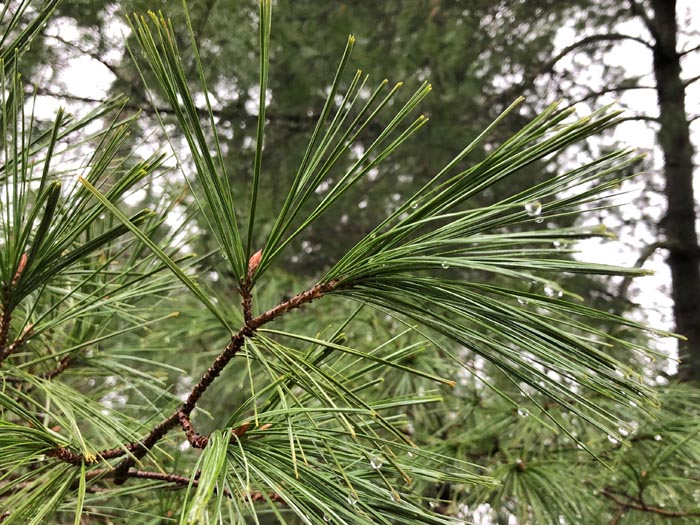 This tree built our country—both figuratively and literally.

White pine is a fast growing, straight-trunked tree. The first thing seafaring people will envision when they look upon a white pine is a ship mast. In fact, colonists sometimes referred to white pine as mast pine.

White pine harvests and stores easily. Other woods must be milled immediately; white pine can sit for months without cracking. The wood is easily worked, light and stable. Extensive logging provided the lumber to build our houses, ships, barns, roof shingles, barrels, covered bridges and millwork.

The British King George had many large white pines in the colonies marked with three hatchet slashes called the king’s “broad arrow” to indicate that the tree was property of the Crown. In protest, colonists continued to chop down white pines. At a New Hampshire lumber mill, townspeople rioted to prevent punishment when the British discovered several broad arrow trees being milled. Referred to as the White Pine Riot, this was the first open act of defiance by colonists towards the British Crown. The first flag carried by George Washington in the battle for independence had the image of a white pine on it.

The eastern white pine is listed as native from Canada to Georgia and west to Illinois. That is a broad brushstroke.  It is native to unique niches within that range. For example, there is only one spot in northern Illinois that sustains a native stand of white pine, and it’s an area of unusual topography and glacial remnants. The white pine is also not commonly associated with North Carolina’s piedmont, generally preferring the mountains along our western border. You can find good stands of white pine at White Pine Nature Preserve in Pittsboro, which succeed because of the cool microclimates. And at Linville Falls, milepost 316.4 along the Blue Ridge Parkway, you’ll see old growth white pines.

The final gift of the old growth white pines was a growing awareness of the need to sustain our natural resources. Three hundred years of logging depleted the forests by the early 1900s, making us aware for the first time that resources were limited and required stewardship. Today, white pine still grows and is being managed for lumber.

Although white pine is native to our region, there has been a noted uptick in the activity and prevalence of previously innocuous insects and disease documented since the late 1990s. This suggests that environmental changes brought about by human activity are not benefiting white pines.

Also of interest, the Iroquoians of the Saint Lawrence Valley considered the white pine a “tree of peace.” And the great naturalist May Theilgaard Watts suggested that libraries should have at least one white pine because the tree says “Shhhhh” when the wind blows through it. 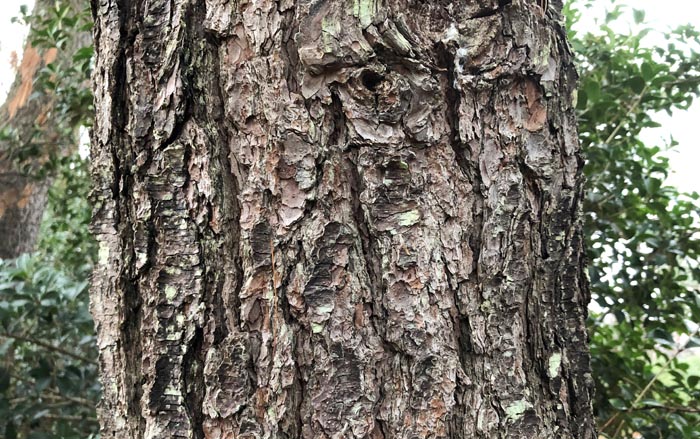